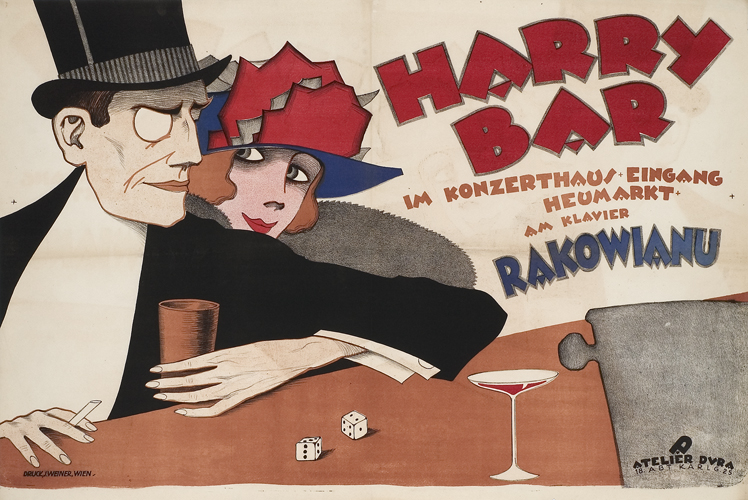 Show me the way to next whisky bar

The Alabama Song first appeared in a collection of five poems published by Bertholt Brecht in 1927, called Die Hauspostille.

It was written in English and performed by Brecht, to his own music, on stages all over Berlin. He was soon approached by an unlikely collaborator, the classical composer Kurt Weill, who was impressed with Brecht’s poetry and wanted to break away from the constraints of his previous work.

The text was set to new music composed by Weill and premiered at the Baden-Baden Festival in 1927 as Songspiel Mahagonny, with Weill’s wife Lotte Lenya singing the main role. It received an extraordinary reaction at the thoroughly traditional festival, with the audience cheering and booing in equal measure.

On their return to Berlin, Brecht and Weill set to work on a full-length version of Mahagonny, taking a few months off to finish their original commission – Die Dreigroschenoper (The Threepenny Opera).

The Rise and Fall of the City of Mahagonny premiered in Leipzig in 1930, with The Alabama Song performed by the character of Jenny and her fellow prostitutes. The song is always performed in English, even when the rest of the opera is performed in its original German.

Despite not being in the cast for the Leipzig production, Lotte Lenya recorded the song for the Ultraphon record label in 1930.

Much like its’ contemporary Die Morität von Mackie Messer (Mack The Knife), the song has become a modern-day classic, recorded hundreds of times and been covered by some of the biggest stars of the 20th Century.

Lotte Lenya continued to perform the song throughout her professional career, here she is in 1958.

The Doors recorded a now legendary version in 1966.

A resident of Berlin during the 1970′s, David Bowie added the song to his repertoire in 1978.

Marianne Faithful performed a full-throated version at The Montreal Jazz festival in 1997.

And finally, Bette Midler incorporated the song into a medley for her 1976 stage show featuring a character called Nanette.